After a productive Friday night/Saturday morning, I’ve made a number of script updates.  Let’s start off with the most interesting of them.  The Get-AutopilotESPStatus script has been updated to version 3.6 to add one significant piece of new functionality:  It can now dump a list of all the MDM policies that have been received by the device.  To use this, include the -ShowPolicies switch.  The output will look something like this, with the left column showing the OMA-URI and the right one showing the value:

The CSPVersions response is very long, as are some other properties, so I configured the list to wrap the values within the columns.  Without that wrapping, you can see more details: 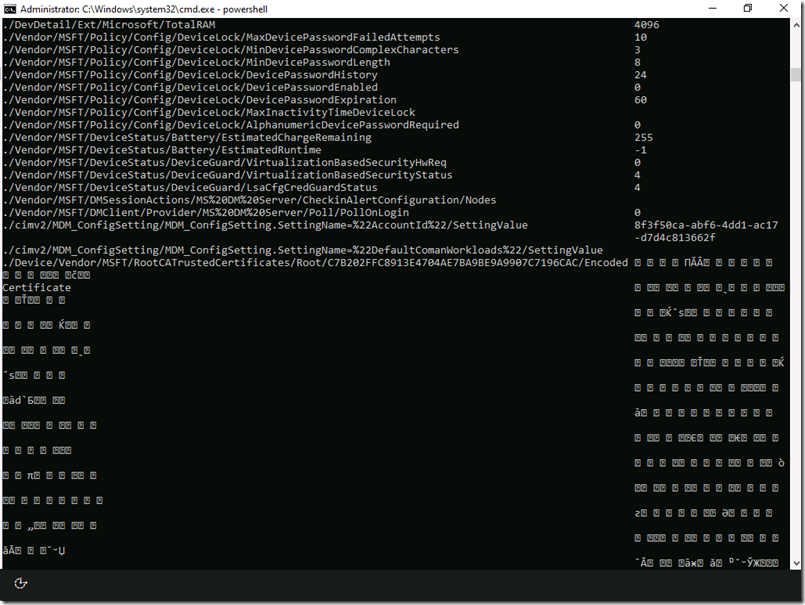 It’s not always pretty (PowerShell really doesn’t like displaying binary data like encoded certificates), but at least you can scan the list, in chronological order, to see what policies were pushed to the device.

That new switch is off by default, as it’s more of an advanced operation.